The core research question for this presentation, led by Professor Jon Dovey  is how can cultural agencies maximise the value of the networks they produce? This inquiry presumes several other questions, what do we mean by value in this context ? What kinds of ‘cultural agents’ are we talking about? What is the role of the network in their operations?

The question of cultural value has been the object of a great deal of policy led and critical attention in the past decade or more.  (see, for example Crossick, G. and P. Kaszysnka 2015, Hewison 2014,  Bakshi et al 2013, O’Brien 2010)  This investigation looks less at the consumer, policy and ‘value for money’ debate but refocuses the discussion on the supply side of cultural value. In particular it is concerned with the new formations of creativity that are developing as digital technologies become the dominant means through which the creative economy manifests itself in our cultural, social and economic lives.  The presentation aims to demonstrate how creativity and innovation can be supported and intensified by enacting cultural ecology as a method and not just as a metaphor. The idea of the cultural ecosystem has become a cliché since it was first coined in 2004 (Holden 2015:15).

Whilst it is clearly a resonant epithet for the complex work of socialised creativity, there is little systematic analysis of  cultural ecology as a practice. This presentation offers some ways forward in enacting this approach. 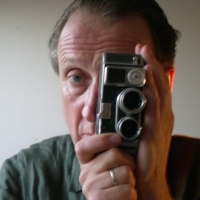 Jon Dovey is Professor of Screen Media in ACE. Jon spent the first 15 years of his working life in video production, as a researcher, editor and producer in documentary and experimental video, co founding original scratch artists Gorilla Tapes in 1984. His current research practices are in Pervasive Media, Documentary Studies, Cultural Value, Creative Citizenship and Knowledge Exchange for Innovation. In 2008 he launched the Digital Cultures Research Centre at UWE, which he Directed until 2012. He was a Knowledge Transfer Fellow at Bristol’s Pervasive Media Studio from 2010 – 12, co-authoring the Pervasive Media Cookbook.

In 2012 He became the Director of REACT (Research and Enterprise for Arts and Creative Technologies) one of four Hubs for the Creative Economy funded by the AHRC. Led by UWE and Watershed, REACT is an Arts, Technology, and Business Collaboration aiming to produce 60 innovative media prototypes in four years. He is also Co Investigator on the AHRC Connected Communities Creative Citizens Project where he leads a strand on the impact of informal creative economies on communities.