From Networks to Complexity: two case studies from the AHRC Creative Citizens project
From the noticeboard in the newsagent’s window to multi-layered online networks using social networking technologies, citizens are increasingly accessing networks of support that uncover previously invisible opportunities. Such networks exist online and offline, facilitated in part by the use of social networking platforms but also through the everyday face-to-face interactions of localities. These networks are complex and dynamic and in this chapter we present two case studies where the micro-level actions of creative citizens generate impact within their communities and beyond. We consider how such actions, supported by and amplified by networks, often have wider impacts for the creative economy and for the relationship between citizens and those in power.

Dave Harte is Senior Lecturer in Media and Communications at Birmingham City University where he leads the MA in Social Media. His main research interests are on the role that community news websites play in fostering citizenship. His research into the scale and scope of hyperlocal publishing in the UK has been published by the UK media regulator Ofcom and he has recently completed working on the AHRC-funded ‘Creative Citizenship’ project. He has a background in working with local and regional policy-makers on developing the creative economy and has managed projects with a focus on supporting creative businesses. 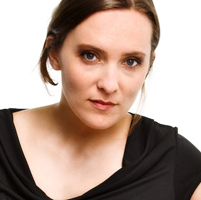 Emma Agusita is a Digital Cultures Research Fellow and Associate Lecturer in Contemporary Digital Practices in UWE’s faculty of Arts, Creative Industries and Education. She is currently working on the Creative Citizen’s research project, a multi-institution large research project funded by the RCUK Connected Communities scheme.

Emma’s work as an educator, creative producer, facilitator and researcher spans the fields of media, arts and education. She has a background as a community media practitioner; producing community films, videos and radio and facilitating community media programs and youth media projects. Her doctoral research investigated young people’s use of new technology in their media practices within informal educational settings. She has worked in partnership contexts across primary, secondary, further and higher education settings, fusing informal and formal approaches to learning about and with media technologies. 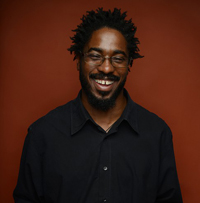 Shawn Sobers is a filmmaker, photographer, writer and lecturer.  His research is primarily concerned with the use of media and arts in participatory education, advocacy, heritage, marginalised voices and untold stories. He has chapters and articles published in peer reviewed journals and books, and has spoken at a wide range of conferences. Shawn’s research has spanned a wide range of diverse topics, from the use of youth media in informal education, through to using media as an ethnographic research tool exploring subjects such as the legacy of the slave trade through to disability issues and walking.

He co-founded Firstborn Creatives production company in 1999, and has made programmes for BBC 1, ITV West and Channel 4. Much of Shawn’s work is positioned within the discourses of participatory methodologies, community media, autoethnography and visual anthropology. He is a Senior Lecturer of Photography at University of the West of England, and a PhD supervisor and examiner.