John Holden an Associate at the think tank Demos, where he was Head of Culture for 8 years, and also a visiting Professor at the University of Leeds and an Honorary Professor at the University of Hong Kong. He has been involved in many major projects with the cultural sector ranging across libraries, music, museums, the performing arts, and the moving image. He has addressed issues of leadership, cultural policy, culture and international relations, evaluation and organisational development, working with governments, cities, cultural agencies and organisations such as the Royal Shakespeare Company, Tate, the V&A and the British Museum.

John has given many keynote speeches on culture in the UK, Europe, the U.S., Canada, Japan, Australia and New Zealand. His publications include The Ecology of Culture, Democratic Culture, Cultural Diplomacy, Influence and Attraction, The Cultural Leadership Handbook (with Robert Hewison), and Cultural Value and the Crisis of Legitimacy. John is a Trustee of the Hepworth Wakefield, a Strategy Board member of the Clore Leadership Programme, and has served on various Advisory Boards at Oxford University, the Royal Opera House, the Design Museum, and the Arts and Humanities Research Council. 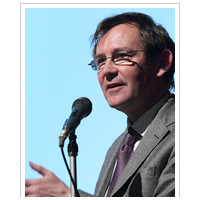 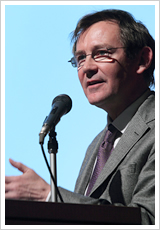